The talents of Carlo Bossoli (1815-1884), a Swiss-born Italian artist who spent his youth in Odessa, attracted the attention of no less a figure than Count Mikhail Vorontsov, governor-general of New Russia and Bessarabia. Vorontsov commissed a series of views of Odessa, which Bossoli executed with success. Between 1840 and 1842 Bossoli lived on Vorontsov's estate at Alupka, using it as a base for exploring the peninsula in its entirety. He produced the album from which these watercolors are taken just as the Crimean War was breaking out in 1853. The timing was auspicious and Bossoli's publisher (Day & Son, lithographers to the Queen) was quite pleased with the resulting buzz.

Bossoli's album is a rarity: no more than 500 copies were printed in 1856. The album consisted of 52 watercolors and pastels. The images shown here were digitized and graciously made available by the Gordon Library at Worcester Polytechnic Institute. They are available here for educational, non-commercial purposes only.

The editors of the 2003 volume had high hopes that Crimea "should become an integral historical-cultural and natural preserve and prosper in the unity of nations living on its land." From their perspective, Bossoli's paintings "show the Crimea as an infinitely beautiful, well-developed, and happy land..."


A Tartar House in the Village of Alupka 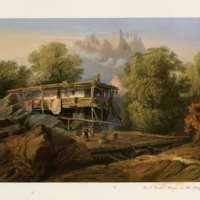 View of Tatar house in Alupka with Crimean mountains in the background. Tatars stand and sit in the foreground outside the house.

Bossoli's note: "Such houses are generally constructed abutting a large rock, the side of which is used as a wall.…

Interior of a Tartar House 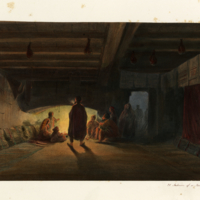 Interior view of a Tatar house. A Tatar family clusters close together around a glowing fire. 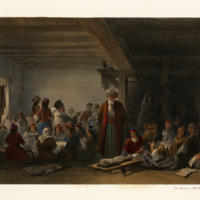 Interior view of a Tatar school. Crimean Tatar children of all ages cluster in groups listening to their teachers or reading. Books lie on low tables and on the floor.

"Tartars Travelling on the Plains" 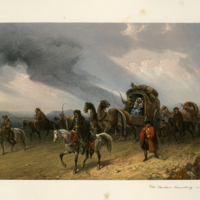 This image shows Crimean Tatars traveling on foot, on horseback, and in camel-driven wagons. 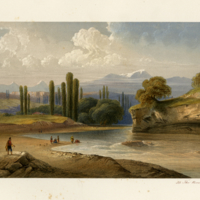 View of the Salgir river, not far from "the village of Mahmud Sultan" according to Bossoli's notes. The Salgir river is the longest river in Crimea. 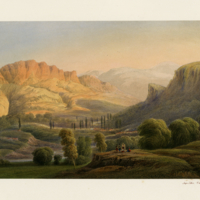 View of Valley of Kokos and surrounding mountains. Five Crimean Tatars stand and sit together on a knoll in the foreground. 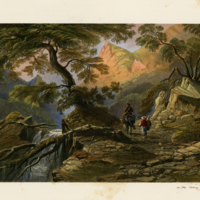 View of the valley of Usembasch (sic.) with two men in the foreground and mountains and a waterfall in the background.

Bossoli's note: "The view is taken from the path leading to Alupka, through the ridge of the Yaila Mountains."

Steppes between Perekop and Simferopol 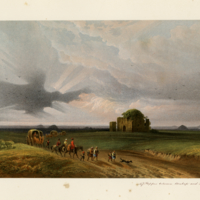 Crimean Tatars on foot, on horseback, and in camel-driven wagons travel along a flat landscape with a large ruin in the background. According to Bossoli's notes, this is the ruin of a mosque.Bossoli also draws our attention to the "mounds of earth,… 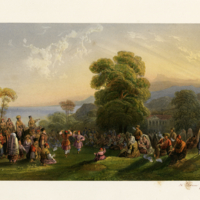 Bossoli notes that the setting is Massandra - one of the estate properties of Prince Mikhail Semenovich Vorontsov, who served as Governor-General of… 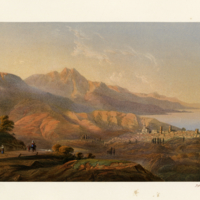 Panorama view of the city of Alushta, located on Crimea's southern coast with Crimean mountains in the background and Crimean Tatars on foot and on horseback in the foreground.